Since January and my last update on this blog I have been very busy in my workshop!

The rebuild of “Daring”, the 1930 International 14 dinghy, has been finished. “Lady Emma”, the 25ft electric motor canoe, has been re-painted, varnished and made ready for the coming season. “Elsa”, a Venetian Sandalo, has had some minor repairs, and the workshop is currently occupied with an Elm planked Beer Lugger called “My Mellow” which is having a few repairs and being prepared for her first launch into the Thames.

Amongst the boats there has been a steady stream of “odd” jobs, survey work, a couple of paddle making courses and a finishing course at Lyme Regis.

Perhaps the oddest and interesting has been the Kings Cup trophy. There is a story to tell – This a revived trophy for this year’s Henley Royal Regatta. The Kings Cup was first raced for in 1919 in the “Peace Regatta” held in Henley after the Great War, the crews were all from the military of 6 allied nations – Australia, New Zealand, America, Canada, France, and Great Britain. The cup was won by the Australians who took it home with them and it became a permanent fixture at regattas over there. One hundred years on the Kings Cup has been revived and the race ethos updated. This time military crews from 8 nations will compete, the 6 original nations alongside Germany and the Netherlands, each crew will have men and women in the boat, an arrangement familiar in military rowing but completely new to the rest of the rowing world.

Each nation has contributed to the material used to make the new Kings Cup. Metal from significant sources in each country has been melted down to be used in the construction. Medals, a small piece of the original Kings Cup, fastenings from an historic ship are amongst many other contributions that have gone into the cup. As well as the cup itself there are medals for all the crew members and the winning nation receives a huge sword to take home; all these things have some of the donated metal included in their construction. 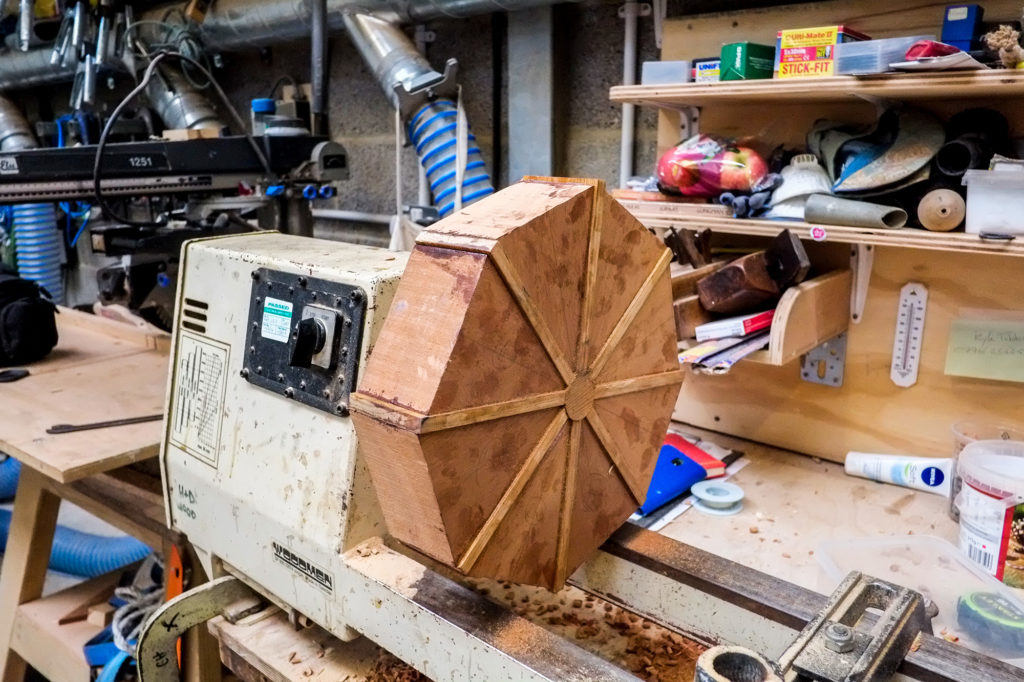 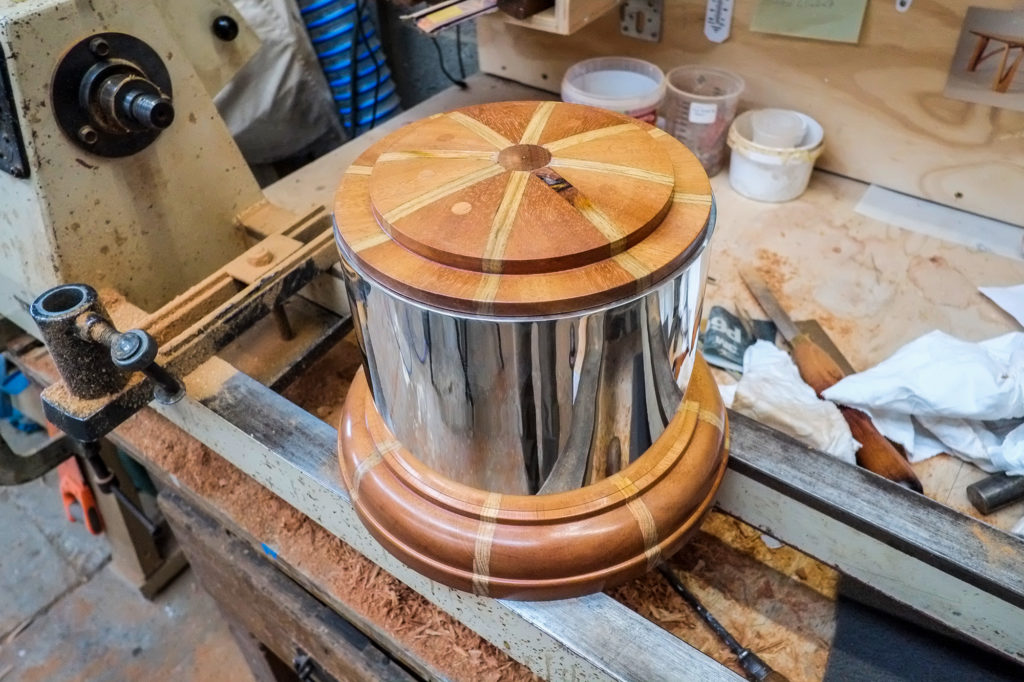 The new Kings Cup is been made by Steve Ottwell, a silversmith specializing in impressive trophies, and I was asked to make the wooden base for the cup. The base consists of two turned wooden pieces separated by a silver band where the names of the winners will be added year on year. The brief was to include some wood from the Regatta. I contacted Ian Cook who has the contract to construct the Regatta course and all the infrastructure in the river every year. He and I found a section of an old timber pile that had been part of the course in previous years. The timber was Long Leaf Pitch Pine which I knew would not be easy to turn and would not remain stable in a dry trophy cabinet, the ideal timber is Mahogany. Fortunately, the fact that 8 nations were involved made it obvious to divide the base into 8 sections using the Pitch Pine as dividing “stripes” between Mahogany sections. It took a bit of fiddling to get the 8 slices of cake (Mahogany) at exactly the right angle then glue them together with the stripes – the geometry is quite simple but my woodworking machinery cannot cut to fractions of a degree so every section had to be tweaked with hand tools until everything fitted.

Colin Henwood is a boatbuilder with 40 years experience of building, restoring and caring for wooden boats on the Thames.

When time permits Colin writes for WaterCraft Magazine, runs practical courses at The Boat Building Academy in Lyme Regis and at the Sylva Foundation Wood Centre where his workshop is based.